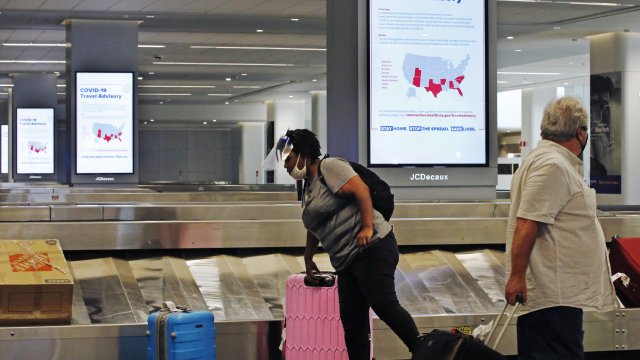 Other countries are set to be blocked as well as the EU begins welcoming travelers from over a dozen countries.

As the the EU begins welcoming travelers from over a dozen countries, people from the U.S. and Russia and some other nations with high infection rates are set to be blocked. While the final list still needs to be approved, The New York Times reported diplomats say it's unlikely to change.

Reports surfaced Tuesday that the U.S. — which has experienced the most reported infections and deaths —would likely be left off the EU admittance list.

Secretary of State Mike Pompeo played down this omittance Thursday, attributing it to the "challenge" of how to safely return travel back to normal.

Pompeo said: "We're working with our European counterparts to get that right, both. Today, both — we denied travel to Europe and vice versa."

For the countries which made the EU's approved list, prior travel restrictions will be removed on July 1.