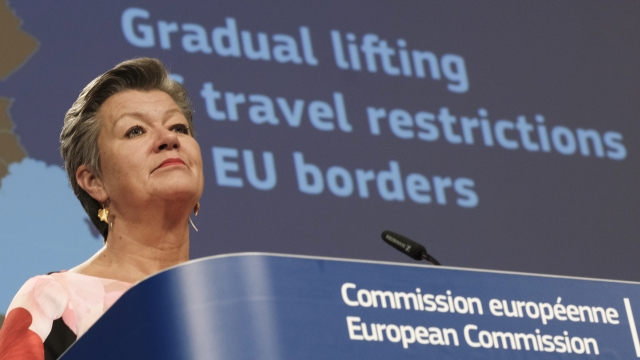 An EU official said opening to international travel is "key to tourism and business, and for family and friends reconnecting."

The European Union is calling on its member countries to gradually open borders to some travelers outside the EU by July 1.

It also is urging individual countries to open up travel between EU members by Monday.

European Commissioner for Home Affairs Ylva Johansson said, "We do that because we know now that we are in a good situation, where the pandemic situation is increasing rapidly in all member states and converging. It's been better and better."

The European CDC reported last month that internal borders were no longer effective to quell the virus's spread. It said, “the relative significance of transmission through tourism and long-distance travel will probably be small" compared to ongoing local transmission.

In March and April, Europe was the epicenter of the coronavirus pandemic. Individual EU countries started imposing restrictions as early as February, when Italy's cases were skyrocketing. The entire bloc imposed travel restrictions on non-European travelers in mid-March.