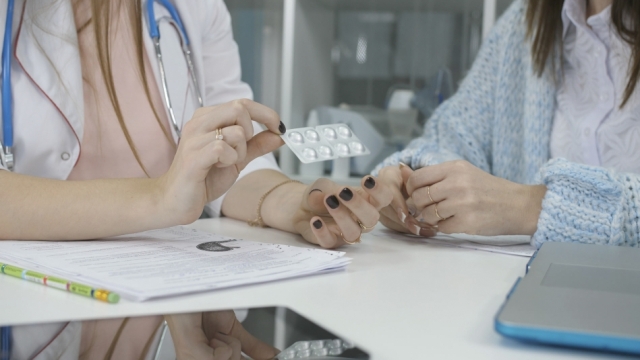 On Monday, a European doctor filed suit against the FDA so she can continue to prescribe abortion pills to patients in the U.S. who buy them online.

Dr. Rebecca Gomperts leads an organization called Aid Access. In her lawsuit, she alleges federal officials have seized between three and 10 doses of abortion drugs that she has prescribed since March. She also says the government has blocked Aid Access from receiving payment from some patients.

Gomperts uses telemedicine to consult with patients online. She then writes prescriptions and tells them how to request abortion medications from a pharmacy in India. The drugs are shipped right to patients' homes.

Gomperts' attorney says they're suing in the hopes of forcing the FDA to stop seizing medication and blocking payments and to protect Gomperts and her patients from being prosecuted under federal law. The lawsuit follows a letter the FDA sent Aid Access in March. It warned if Aid Access continued the "sale of misbranded and unapproved" drugs in the U.S., it would face consequences, including drug seizures.

In an email to Newsy, the FDA said Aid Access' "drug products are not approved by the FDA and do not include adequate directions for use." Even though Gomperts uses mifepristone, the drugs she prescribes and the process she uses are not in compliance with FDA safeguards. The agency has concerns that the drugs could be contaminated, counterfeit or contain different ingredients altogether.

That's because in the U.S., mifepristone is the only FDA-approved drug for the termination of pregnancy; it's part of a regimen that includes the drug misoprostol. Mifepristone used for abortion has a long history of being regulated under the FDA's most restrictive programs. The FDA requires mifepristone to be prescribed and dispensed only by health care providers enrolled in the drugs' Risk Evaluation and Mitigation Strategy program, also known as REMS. The REMS program was created to help "ensure safe use" and protect consumers from the risks of complications of drugs.

Gompert said, "Aid Access is really about harm reduction. It's about making sure that women that don't otherwise have access to safe abortion that they can access a safe abortion."

For American patients who are poor or unable to travel to an abortion provider, FDA-approved medications can be difficult to get.

"The way that the abortion pills are being restricted, controlled, has nothing to do with sound science," Gomperts said. "And the letter obviously is another political attempt to stop access to the medicines."

The lawsuit says 37,000 women from all 50 states in the U.S. have contacted Aid Access since March 2018, and that 7,000 U.S. patients were prescribed medication to end first-trimester pregnancies during that time.