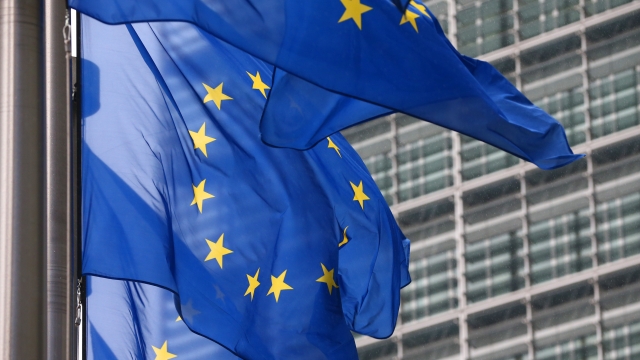 Juncker: The EU “will no longer feel bound ... to buy more U.S. [soy beans] and liquid gas,” if the U.S. slaps tariffs on European cars.

The European Union warned it may back out from a commitment to buy more U.S. imports if President Donald Trump decides to slap tariffs on European cars.

An EU spokesperson said Monday if the U.S. takes “actions detrimental to European exports, the European Commission would react in a swift and adequate manner,” the Associated Press reports.

EU Commission President Jean-Claude Juncker struck a deal with President Trump last year that the U.S. will not impose car tariffs "for the time being." But Juncker told a German newspaper, if the president backs out of their agreement, the EU “will no longer feel bound ... to buy more U.S. [soy beans] and liquid gas.”

The news comes amid reports of the Commerce Department issuing its findings to President Trump into whether auto imports pose enough danger to national security to justify imposing taxes. The Commerce Department has yet to say publicly what those findings are or what it recommends. President Trump has 90 days to decide what actions the U.S. will take.