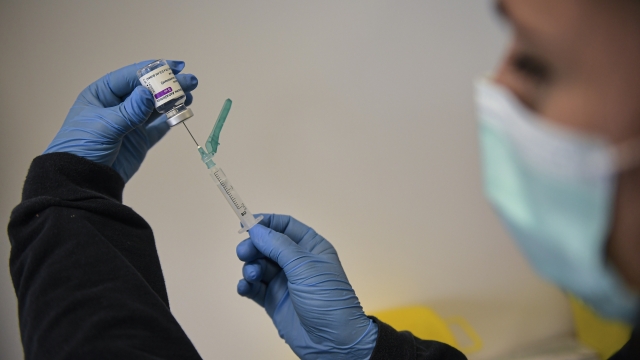 The European Union will reportedly not renew its COVID-19 vaccine contracts next year with Johnson & Johnson and AstraZeneca.

This is according to an Italian newspaper that cited a source from the country's health ministry.

The report comes after a small number of people in Europe reported ultra-rare blood clots after getting AstraZeneca's shot.

The E.U. has also been complaining about not receiving the number of doses it paid for from AstraZeneca.

The drugmaker was expected to ship 120 million doses to E.U. countries by the end of March. But it only supplied about 30 million doses.