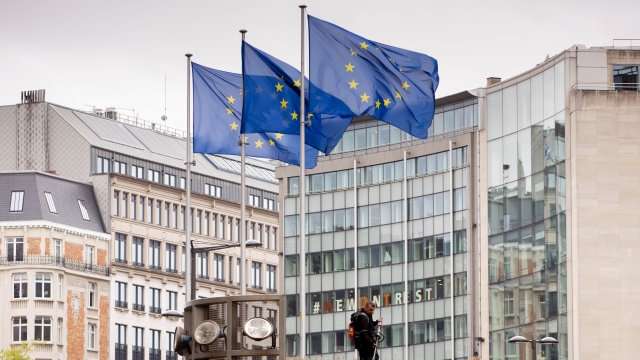 SMS
European Union Proposes $825 Billion Coronavirus Recovery Plan
By Katherine Biek
By Katherine Biek
May 27, 2020
Under the plan, which is called Next Generation EU, two-thirds of the money would be offered to countries as non-repayable grants.
SHOW TRANSCRIPT

The European Commission proposed a $825 billion recovery plan Wednesday to help EU member countries out of an economic slump caused by the coronavirus pandemic.

According to calculations by the Associated Press, Italy and Spain would both be eligible to apply for as much as $88 billion in grants. France and Poland could receive up to $42 billion and Germany could get around $31 billion.

The EU plans to borrow the $825 billion needed for the proposal and then start repaying it back in 2028.

"For me the choice is simple: I want us to take a new, bold step together. Europe is in a unique position to be able to invest in a collective recovery and a common future. In our union, people, business and companies depend and rely on each other. In our union, cohesion, convergence and investment are good for all," Ursula von der Leyen, president of the European Commission, said.

All 27 of the EU's members will need to approve the plan for it to move forward.

Additional reporting by Lorne Cook of the Associated Press.