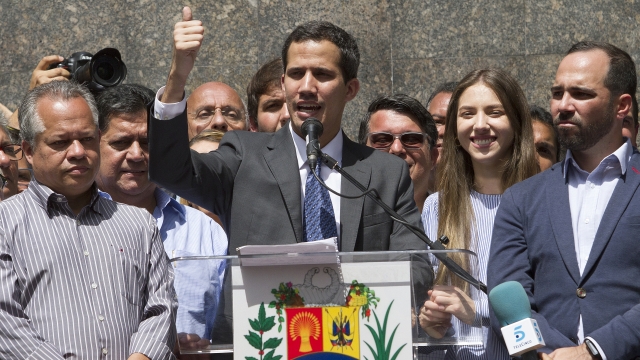 The European Parliament officially recognized Venezuelan opposition leader Juan Guaido as the country's head of state after a 439-104 vote on Thursday.

Maduro quickly rejected the ultimatum, saying, "The leaders of Europe are sycophants, kneeling behind the policies of Donald Trump."

Maduro was sworn in for a second term in early January after a hotly disputed election. Opposition leaders and many foreign countries didn't consider the election legitimate, in part because some of Maduro's opponents were barred from participating. Guaido, the head of Venezuela's National Assembly, declared himself the country's interim president. The U.S. and several other countries have already recognized Guaido as Venezuela's official leader.

In a statement, the European Parliament urged EU countries to also side with Guaido and rejected any attempt to resolve the crisis with violence.

He told CNN, "Here in Venezuela we are doing everything we can to put pressure, so that we don't have to come to a scenario that no one would wish to have."