The EU And Japan Finalize Negotiations On Massive Free-Trade Deal 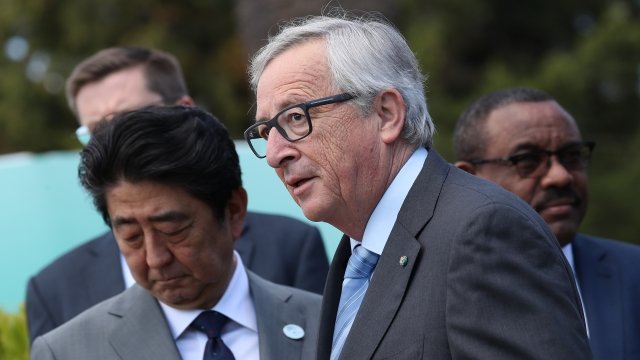 SMS
The EU And Japan Finalize Negotiations On Massive Free-Trade Deal
By Briana Koeneman
By Briana Koeneman
December 8, 2017
The EU's trade commissioner told reporters the agreement is the biggest free trade deal the bloc has ever negotiated.
SHOW TRANSCRIPT

The European Union and Japan officially agreed on a massive free-trade deal.

They said in a joint statement the deal "demonstrates the powerful political will of Japan and the EU to continue to keep the flag of free trade waving high, and sends a strong message to the world."

The EU's trade commissioner told reporters the agreement is the biggest free-trade deal the bloc has ever negotiated. 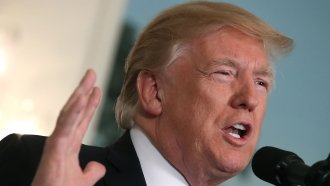 After all, the agreement will cover a market of 600 million people and almost a third of the global GDP.

When it goes into effect, the deal will remove tariffs on many European exports, including wine and cheese.

And Japanese automobile companies will face fewer roadblocks in the EU.

The agreement has been in the works for years. Both sides agreed to an outline of the deal back in July and hope to put it into effect in early 2019.