EU Citizens Living In UK Could Lose Some Rights After Brexit 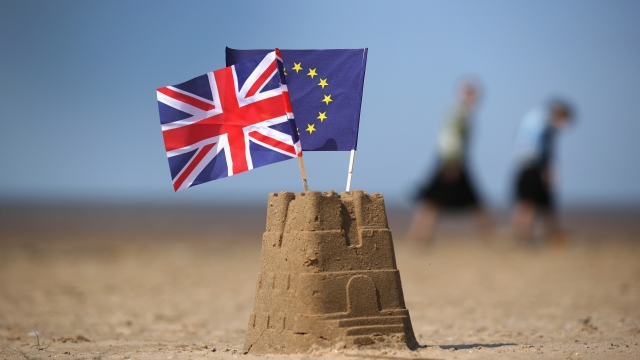 SMS
EU Citizens Living In UK Could Lose Some Rights After Brexit
By Ahmed Jawadi
By Ahmed Jawadi
March 26, 2019
​A new report says more than three million EU citizens living in the U.K. could be stripped of their mobility, housing and social security rights.
SHOW TRANSCRIPT

Millions of EU citizens living in the U.K. could have some of their rights taken away after Brexit, unless "necessary protections and guarantees" are put into place beforehand.

A new report from the U.K.’s Joint Committee on Human Rights says more than three million EU citizens living in the U.K. could be stripped of their mobility, housing and social security rights following Brexit due to the country's EU Withdrawal Bill. This includes those who were born in the country and Irish nationals.

The British government has repeatedly said the rights of EU citizens living in the U.K. will be protected after Brexit. It plans on launching the EU Settlement Scheme on March 30, which will "enable EU citizens to protect the rights they currently have in the U.K." by registering via a free online application process. But the committee fears that some people may miss the registration deadline due to not knowing about it and a lack of physical proof of status.

To prevent EU citizens from getting stuck "in a rights limbo," the committee drafted amendments to the bill, saying that these rights need to be guaranteed instead of "promising that everything will be worked out in the future."

Last week, the EU agreed to postpone Brexit until May 22, but only if Britain's Parliament approves Prime Minister Theresa May's deal. If parliament rejects it, the U.K. will have until April 12 to let the European Council know what its going to do instead.