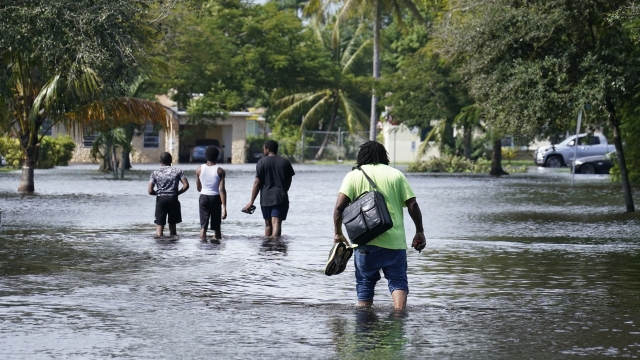 Forecasts say the storm could strengthen in the Gulf's warmer waters.

Tropical Storm Eta was squatting off western Cuba on Tuesday after drifting away from South Florida, where it unleashed a deluge that flooded entire neighborhoods and filled some homes with rising water.

The 28th named storm of a record hurricane season was the first this year to make landfall in Florida.

After striking Nicaragua as a Category 4 hurricane and killing more than 100 people from Mexico to Panama, Eta delivered torrential rains to Cuba and South Florida before moving into the Gulf of Mexico. With no powerful steering winds to guide its way, the storm drifted west again in an unusual reverse S-curve pattern.

By Tuesday morning, it was lingering just north of the Yucatan Channel between Cuba and Mexico, with top winds of 50 mph. Forecasters said it would remain nearly stationary through the day before moving north later in the week, but they had little confidence on where it might land again.