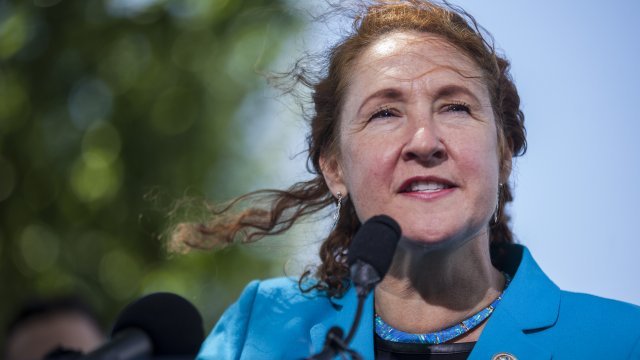 Rep. Elizabeth Esty says she won’t run for re-election following criticism of the way she handled abuse and sexual harassment accusations against her former chief of staff, Tony Baker.

Her announcement follows calls by Republicans and her fellow Democrats for her to step down. She refused to do so on Saturday.

A former staffer of Esty's accused Baker of physical abuse and threats, prompting Esty to launch an internal investigation into her department. She found several women had accused Baker of harassment and abuse, but he remained on the payroll for several months.

House Democratic Leader Nancy Pelosi used the situation to highlight stalled sexual harassment legislation in the Senate, saying: "Nearly 8 weeks ago, the House passed the bipartisan #MeToo Congress legislation to address the broken Congressional process. The Senate is overdue in passing that legislation."

Much of the the legislation the House passed can't move forward without Senate votes. Last week, every female senator signed a letter calling out "inaction" by congressional leaders on the issue.

Esty, who has been outspoken in the #MeToo movement, said she was "horrified and angry" at the allegations against Baker and is now requesting the House ethics committee conduct an investigation into the situation.