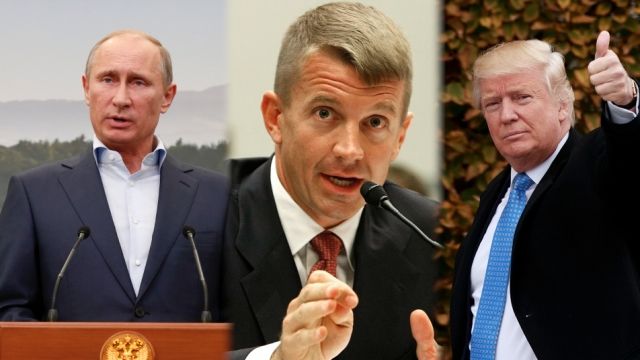 A man with ties to President Trump attended a secret meeting that aimed to create "a back-channel line of communication" between the then-president-elect and Russian President Vladimir Putin, according to new reports.

The Washington Post was first to report Erik Prince, a former Navy SEAL and the founder of the now-infamous military contracting firm Blackwater, met with an unnamed Russian in the second week of January.

The meeting, which was held in the Seychelles, was reportedly organized by the crown prince of Abu Dhabi.

NBC News reported later Monday that two unnamed officials had confirmed the meeting took place. However, one of those sources believed the conversation was about "Middle East policy" and "not about Russia."

A representative for Prince denied the meeting had anything to do with Trump and called the story "a complete fabrication."

The White House told the Post it wasn't aware of any meetings and noted Prince was not a member of the transition team.