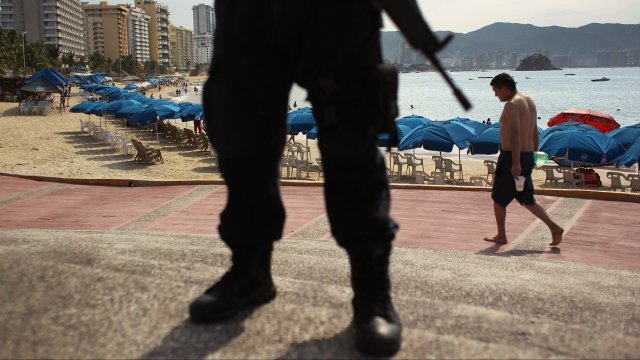 SMS
Entire Acapulco Police Force Disarmed And Under Investigation
By Katie Cammarata
By Katie Cammarata
September 26, 2018
The whole force will be investigated under suspicions it's been infiltrated by criminal groups.
SHOW TRANSCRIPT

The whole force will be investigated under suspicions that it's been infiltrated by criminal groups.

The popular vacation destination of the 1950s and 60s has since been overrun by drug trafficking and violence.

Acapulco's homicide rate last year was one of the highest in the world.

But this isn't the first incident of its kind in the Mexican state of Guerrero. Since 2014, local police in more than a dozen smaller cities and towns have been disarmed.

Until further notice, Mexican armed forces will take over policing duties in Acapulco.