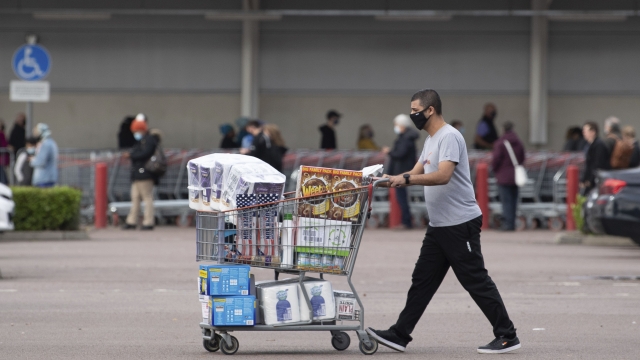 England is planning a month-long national lockdown. Starting Thursday, non-essential stores will close and people can only go out for a short list of reasons, including work. Restaurants can only offer take-out.

The rules will be a bit more lax than the U.K.'s lockdown at the beginning of the pandemic. Schools, construction sites and manufacturing businesses will remain open.

Johnson had been resisting the idea of shutting down businesses again, saying it'd be too harmful to the economy. He announced his change in policy Saturday — several days earlier than planned — after the measures leaked to the press.

He said, "In this country, alas, as across much of Europe, the virus is spreading even faster than the reasonable worst case scenario of our scientific advisers, whose models, as you've just seen, now suggest that unless we act, we could see deaths in this country running at several thousand a day. A peak of mortality, alas, bigger than the one we saw in April."

The United Kingdom now has over one million confirmed cases of COVID-19. Nearly 50,000 in the U.K. have died from the virus.