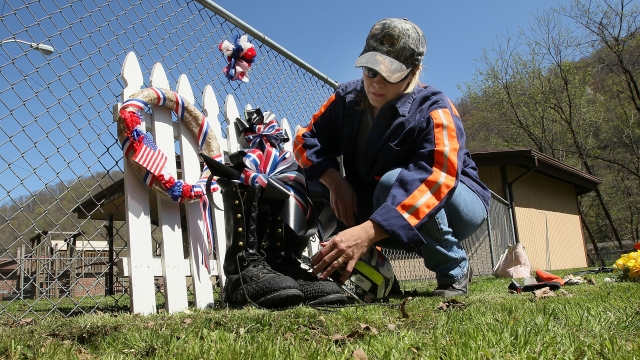 SMS
Energy CEO Gets 1 Year In Prison For Safety Violations That Killed 29
By Grant Suneson
By Grant Suneson
April 6, 2016
Donald Blankenship, former CEO of Massey Energy, will spend a year in prison for ignoring safety rules that caused a mine explosion that killed 29.
SHOW TRANSCRIPT

Six years ago, an explosion killed 29 coal miners in West Virginia. On Wednesday, the mining company’s former CEO was convicted of conspiring to avoid safety rules that could’ve prevented the blast.

Former Massey Energy CEO Donald Blankenship received the maximum penalty for misdemeanor conspiracy, which is a one-year jail sentence and a $250,000 fine.

Blankenship maintained his innocence, blaming the explosion on a natural gas leak. But the Mine Safety and Health Administration said, "If basic safety measures had been in place... there would have been no loss of life."

Instead, the Upper Big Branch Mine disaster was the deadliest mining incident in 40 years.

Family members of those killed were still outraged after the trial, yelling at Blankenship as he left the courthouse.

"I hope you never have to bury your kid like we did. We buried our kid because of you," survivor Tommy Davis yelled at Blankenship.

One survivor said Blankenship is greedy and prioritizes money over people, claiming he never reached out to victims’ families.

Blankenship was acquitted on other charges that would've put him in prison for 30 years. A judge denied restitution requests from miners’ families last week.

The judge didn’t set an exact date for Blankenship to report to prison. Blankenship said he plans to appeal the ruling.