Emojis Have Become A Questionable Part Of Workplace Communication 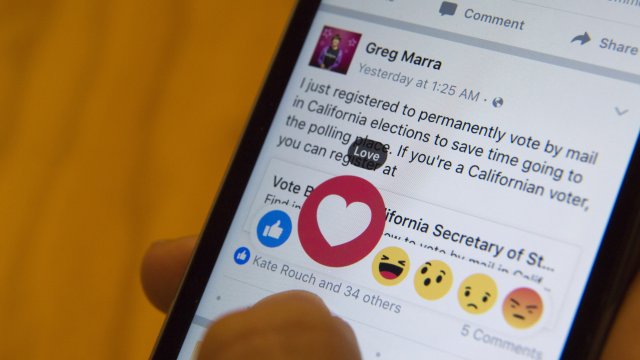 SMS
Emojis Have Become A Questionable Part Of Workplace Communication
By Casey Mendoza
By Casey Mendoza
July 14, 2022
Though emojis have now become a regular form of texting, it's still unclear how they come across at work.

Emojis are fixtures in text messages and social media.

Researchers at Emojipedia say one in five tweets now includes an emoji, and every day, an estimated five billion emojis are sent on Facebook Messenger.

But, what about at work? Emojis are fun, but is it professional to send one?

Dr. Antoinette Boyd, the Director of Career Success and Professional Development at Maryville University, says there’s a time and a place for emojis.

“Emojis are more suited for text and chat messaging,” Boyd said. “However, it’s important to consider the audience and reach of the message. Is the message internal or external? Is it formal or informal?”

“Tools like WhatsApp are used constantly by businesses for communication, and emojis are a fundamental part of communication within WhatsApp,” said Broni. “However, even at Emojipedia we recommend people exercise caution when it comes to using emojis in professional contexts. Really, it depends on the specific workplace culture, and the specific emojis in question, and the relationship you already have with the colleague you intend to use emojis with.”

A 2021 survey from the market insight company Clutch found that 77 percent of respondents used emojis at work — typically to chat with their colleagues in more conversational, rather than serious, tones and express emotions virtually.

“They allow us to imbue digital messages with equivalents to many of the non-verbal signals we use when speaking face-to-face,” said Broni.

A lot of that emoji use was driven by the growing popularity of remote work, as well as the rise of Gen Z and Millennials in the workplace.

“With more millennials now advancing to leadership positions in some organizations, there's been a quite a culture shift, if you will, where it's more normal and acceptable to communicate more informally, and include things like emojis GIFs and memes,” Boyd said.

Digital messaging platforms like Slack and Microsoft Teams — which have emojis built right in — are also driving the use of emojis at work.

But experts say that can oftentimes result in miscommunication.

Take for example the “skull” emoji. It’s literally a skull, but according to experts at Emojipedia and WhatsApp, it’s also become a shorthand for “dying from laughter.”

Similarly, the “eyes” emoji can have several meanings. It can say “I’m looking at this now,” or it can be used to point out the hidden meaning of something or to express suspicion.

Context is key, but so is making sure the person you’re talking to has the same understanding of emoji slang.

“It's hard to really say how everyone feels collectively about the use of emojis because you have so many people who have so many vastly different experiences that impact their view and their perspective around using these things in professional communication,” Boyd said.

Experts note that as much as digital messaging has changed, the rules of professional communications haven’t. So, keep that in mind before hitting send on an emoji-filled message.