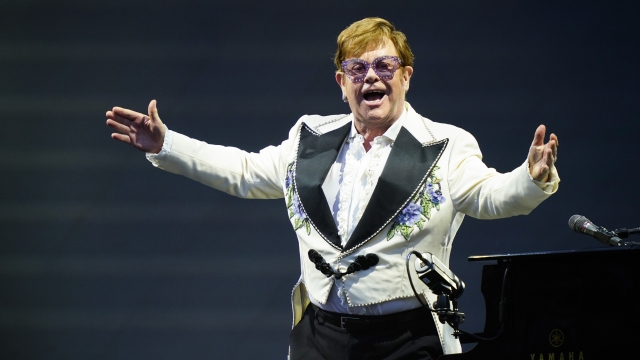 The White House has always had musical guests come and perform, but what is the history and strategy behind these visits?

From Wembley Stadium in London to Madison Square Garden in New York City, Sir Elton John has performed on some of the biggest stages in the world. Friday, he performed for a relatively smaller crowd: an audience of 2,000 people at the White House.

Over the past decade, the White House has hosted a slew of musical guests.

Artists like Jennifer Hudson, Smokey Robinson and Lin Manuel-Miranda have performed at the White House as part of the Obama administration's celebrations of American music.

And performers like Olivia Rodrigo and the K-Pop boy band BTS have spoken at the White House to advocate for the COVID-19 vaccine and to address the issue of anti-Asian hate crimes.

David Jackson is a professor of political science at Bowling Green State University.

Starting after the 2016 election and every year since, Sara, her son Parker and other members of Free Mom Hugs have taken their support on tour.

Jackson has been researching the political influence of celebrity endorsements for the past two decades, and he's noted that since President Joe Biden's 2020 presidential campaign, the administration's choices for musical guests and performances can be seen as "an attempt to bring together generations."

"A celebrity endorsement's a great thing. It gives energy, enthusiasm, helps raise money, helps persuade people, but it's a lot more complicated than that," he said.

He noted that celebrity endorsements are only effective if the celebrities are familiar, likable, and credible in the eyes of fans.

Elton John has long been an advocate for LGBTQ rights and a major activist in the fight against HIV/AIDS.

The British icon's performance at the White House has been dubbed "a night when hope and history rhyme," and honorees in attendance include "everyday history-makers" like teachers, health care professionals and LGBTQ advocates.