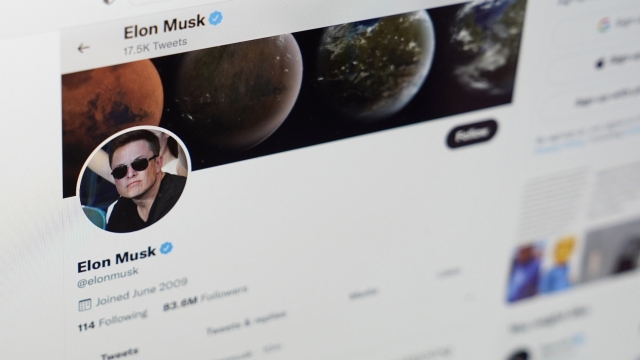 Elon Musk's short time as Twitter's CEO has been contentious — from the backlash of content moderation experts for cutting Twitter's staff days ahead of the midterms, to suggesting he'd allow anyone to pay a monthly fee to have their account verified.

In addition, the Biden administration has discussed whether the U.S. should review the deal over national security concerns.

"Elon Musk has a history of cozying up to foreign dictators," said Nicole Gill, co-founder and executive director of Accountable Tech. "When his proposed takeover was announced in April, the Saudi prince, who is now an investor in the deal, was publicly critical of him. And supposedly a conversation between Elon and this Saudi prince happened. And now he is not only in favor of the deal, but now owns a piece of Twitter.  Beyond that, Elon in the last few months has completely parroted talking points from the Kremlin and from the Chinese Communist Party."

Politicians seem most worried about Saudi Arabia, which has invested nearly $2 billion in the platform. Sen. Chris Murphy tweeted that the Committee on Foreign Investment should start an investigation, saying "we should be concerned that the Saudis, who have a clear interest in repressing political speech and impacting U.S. politics, are now the second-largest owner of a major social media platform."

The U.S.'s anxieties aren't unfounded. In August, a former Twitter manager was convicted of accepting payments from Saudi Arabia to turn over confidential user data. In September, former Twitter security chief Peiter Zatko told Congress that there was at least one Chinese agent on Twitter's payroll.

Elon Musk Emerging As Twitter's Chief Moderator Ahead Of Midterms

The platform's new CEO has positioned himself as moderator-in-chief of one of the most important social media platforms in American politics.

"Twitter has access to your private messages, and now Twitter is owned by some of the most repressive regimes in the world," Gill said. "They might lean on Elon and his associates for or for data access, but also to change policies that would allow their regimes to spew propaganda. We don't have a lot of insight into the access that these foreign actors might have over American data, which is extremely concerning."

A formal investigation into Musk's purchase of Twitter has not been opened. Murphy told Politico that if the Committee on Foreign Investments doesn't open a review, he'd be interested in working with Sen. Bob Menendez, chair of the Senate Foreign Relations Committee, to open a congressional investigation.