A Hidden Treasure In This Ghanaian Slave Castle: An Overdue Apology 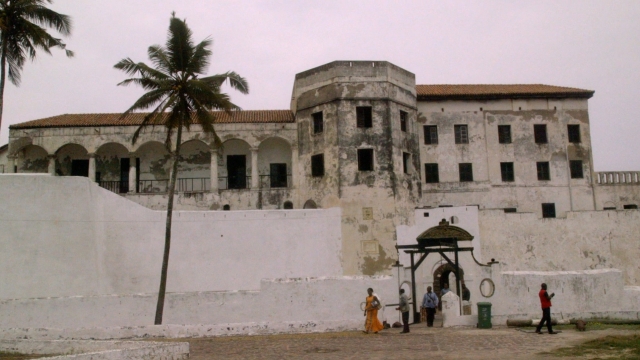 Newsy's Jamal Andress visited Elmina Castle in Ghana, where millions of enslaved Africans were sold and then shipped to an uncertain future in the Caribbean, Europe and America. The slaves were held at the castle in horrifying conditions for up to three months at a time.

"May those who died rest in peace. May those who return find their roots. May humanity never again perpetrate such injustice against humanity. And we, the living vow to uphold this. As we walk out the castle, we all carry a lot of responsibilities. We are just going to preach against injustice. And from now on, once we see ourselves as brothers," an Elmina Castle tour guide said.

In the '90s, a body of Ghanaian regional chiefs erected a plaque to apologize for their ancestors' involvement in the slave trade. Many African chiefs who had captured people during tribal wars sold them to European traders at Elmina Castle. 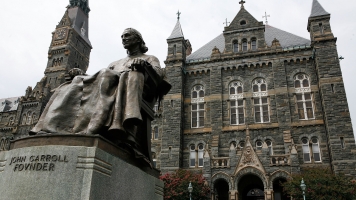 "This plaque was brought by the National House of Chiefs as a mission statement of the whole tour of the castle," the tour guide said.

"What role did they play in keeping this slave trade going?" Andress asked.

"The chiefs were there and then this slavery stuff was going on. So, people are of the view that some of the chiefs also participated. So that is why they brought this, to show as an apology of what some of the predecessors also did," the tour guide said.

This video includes music from Kevin MacLeod / CC BY 4.0.