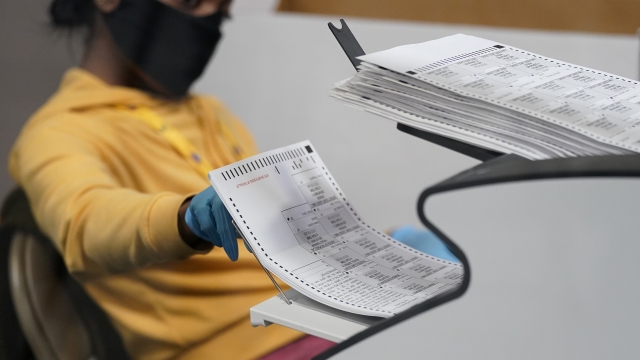 Whether you're going to the polls or mailing in a ballot, how you vote this fall could be different thanks to new laws that took effect throughout the country.

Since the start of 2021, the Voting Rights Lab database shows state legislatures have passed 370 new election-related laws in 49 states. And some of the most headline-grabbing changes have happened in key swing states.

"Many of the states where we saw a lot of conflict or controversy, they have tightened the rules around mail voting, around election certification, and giving the kind of conspiracy theories a lot less ground," Rachel Orey, the associate director of the elections project at the Bipartisan Policy Center.

Wisconsin's 2020 election results were heavily scrutinized, and at least one major change will be in effect this November — no more ballot drop boxes.

A lawsuit stemming from the 2020 election resulted in a July opinion from the Wisconsin Supreme Court ruling drop boxes are illegal.

According to the Voting Rights Lab, five states have expanded or eliminated eligibility requirements for voting by mail, 18 states increased the amount of time officials have to process mail-in ballots and 10 states have restricted the rules around returning a ballot to someone else.

But Orey said she's most concerned about the behind-the-scenes election changes.

"They're doing things like adding criminal penalties for mistakes in election administration, making it illegal for an election official to send out an absentee ballot request form to a voter, which is typically a mundane and normal part of the process," said Orey.

The Voting Rights Lab identified new laws like that in at least 13 states. For example, Arizona made it a felony for election officials to allow same day registration – even though the practice is already not allowed.

Some comprehensive laws, like those in Georgia and Florida, have been highly criticized by voting rights advocates. But Orey notes that most of these bills are a mixed bag of changes.

"One of the benefits we saw from the recent Georgia election bill was allowing the election officials to start to process ballots before election day. This is a really important step and making sure that we can get election results quickly and securely on election night," said Orey.

Election administration was complicated long before any recent changes, so to make sure their vote counts in November, voters are advised to check with their local election officials. They are the best source of information, regardless of whether a person decides to vote early, by mail or on election day.