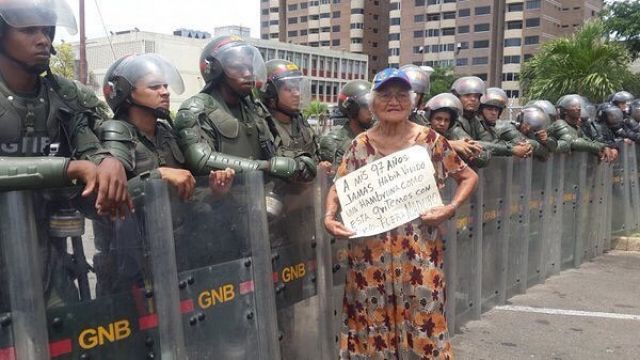 SMS
Venezuela's 'Grandparents' March' Is Met With Riot Cops
By Matt Picht
By Matt Picht
May 12, 2017
An older generation of Venezuelans took to the streets in protest of the country's severe economic crisis.
SHOW TRANSCRIPT

Clashes between police and protesters are growing increasingly common in Venezuela. But on Friday, the demonstrators were a little older.

Opposition leaders arranged a "Grandparents' March" in the capital city of Caracas, encouraging elderly Venezuelans to march in protest of the country's ongoing economic crisis.

The marchers were turned back by riot police, and there were reports of security services using pepper spray on the demonstrators. 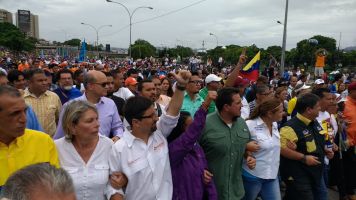 Venezuela is currently suffering from severe shortages of food and medicine. The country's health ministry recently reported sharp increases in infant and maternal deaths as well as a rise in diseases like malaria and diptheria.

The minister responsible for that report was sacked shortly after it was released. Venezuelan President Nicolás Maduro has blamed the marches on hostile foreign powers instead and organized counter-protests of supporters to match them.

At least 39 people have died in the current wave of protests, which started six weeks ago.