Inside One Of The Nicest Senate Confirmation Hearings Ever 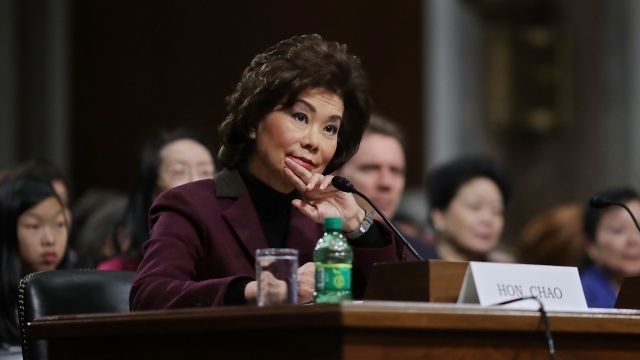 SMS
Inside One Of The Nicest Senate Confirmation Hearings Ever
By Ryan Biek
By Ryan Biek
January 11, 2017
Elaine Chao is considered one of Donald Trump's least controversial Cabinet picks.
SHOW TRANSCRIPT

Chao is President-elect Donald Trump's nominee for secretary of transportation and is widely considered one of his least controversial picks.

Members of both parties asked her what she'd do if confirmed. Most senators seemed satisfied when she said she would work with Congress.

Chao didn't give many specifics for how she would tackle issues — such as highway safety, aging infrastructure, drone regulation and rural access to aviation — but few senators pressed her on those topics. 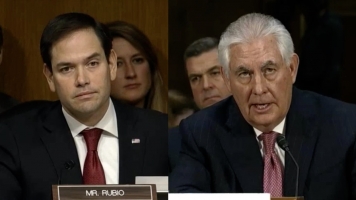 Chao comes in with a list of achievements. She was the director of the Peace Corps under George H.W. Bush and was the secretary of labor under George W. Bush.

Sen. John Thune of South Dakota said, "If you were to imagine an ideal candidate to tackle these challenges, it'd be hard to come up with a more qualified nominee than the one before us today."

That lack of tension might also have been because Chao is a Washington insider.

"You and my wife are the dearest of friends," said Sen. Bill Nelson of Florida.

After all, her husband is Senate Majority Leader Mitch McConnell.

"I regret that I have but one wife to give to my country's infrastructure," McConnell said.

Many expect Chao to be confirmed with bipartisan support.