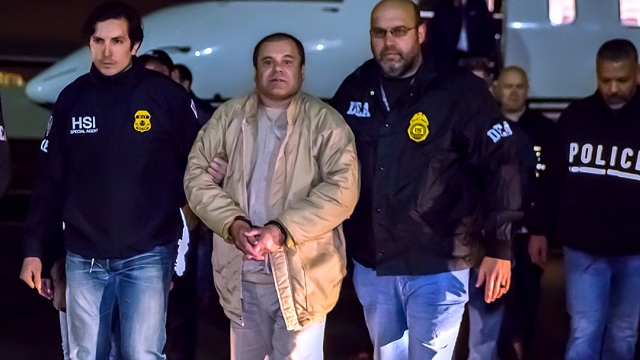 Joaquín Guzmán Loera, better known as "El Chapo," has been sentenced to life plus 30 years behind bars.

A federal judge in Brooklyn handed down the sentence Wednesday, several months after a jury found him guilty on multiple charges. Those charges include distributing drugs like cocaine and heroin internationally, engaging in a continuing criminal enterprise, money laundering and conspiracy to commit murder.

Guzmán was also ordered to pay more than $12 billion in forfeitures. A judge will determine restitution at a later date.

Before he was sentenced, Guzmán reportedly told the court he was denied a fair trial, and that the judge failed to properly investigate juror misconduct claims. He didn't testify during the three-month-long trial.

Guzmán was extradited to the U.S. in 2016 and pleaded not guilty to all charges. Before his extradition, he escaped twice from maximum-security prisons in Mexico — including once through a tunnel dug in his cell's shower.

His history of evading authorities means he'll likely serve his sentence here — the U.S. Penitentiary Administrative-Maximum Facility in Colorado. It's the highest-security federal prison in the country.