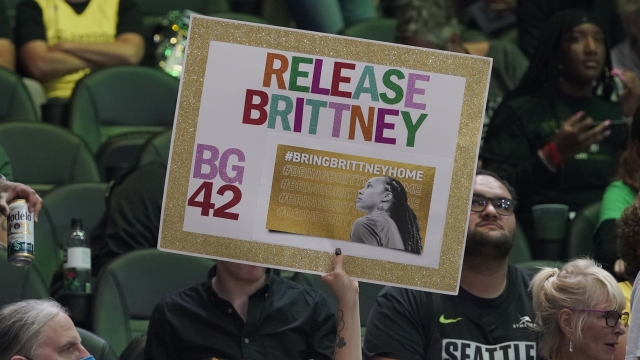 SMS
Expert Talks About Effects Of Trauma On Detainees Like Griner, Whelan
By Adi Guajardo
By Adi Guajardo
September 16, 2022
After more than 200 days in a Russian prison, new details are coming out on efforts to free WNBA star Brittney Griner.

More than 200 days and counting. It's how long Phoenix Mercury basketball star and Olympic gold medalist Brittney Griner has been held in Russia.

At a WNBA finals press conference Sunday, league commissioner Cathy Engelbert called it a complex situation and revealed she recently received a handwritten letter from Griner.

"As we prepare to start this great series, it's important to reiterate that we are always thinking of Brittney Griner and our commitment to bring her home safely and as quickly as possible," Engelbert said. "I am so inspired by her courage in the face of enormous adversity."

After a stretch of silence, new details are coming out on efforts to free her.

"One of the reasons he is meeting with the families is that he wanted to let them know that they remain front of mind and that his team is working on this every day — on making sure that Brittney and Paul return home safely," White House Press Secretary Karine Jean-Pierre said.

Richardson's experience includes negotiating on behalf of other Americans detained in Cuba, Iraq and North Korea.

U.S. Department of State Spokesperson Ned Price says the department has been communicating with the Russian government through "appropriate channels."

"We have been in contact with the Richardson Center," he said. "We made a significant offer to the Russians. We have followed up on that proposal repeatedly. Those discussions are ongoing."

Last month, Griner was sentenced to nine years in prison for drug-related charges. She has since appealed the punishment.

A person familiar with the case previously confirmed the U.S. offered convicted Russian arms dealer Viktor Bout in exchange for the release of Griner and Whelan, but no word on a deal.

Family members and fans say with every passing day, they worry about the conditions Griner may be exposed to in prison.

Amy Manson is a board member for Hostage U.S., a nonprofit that helps families and people taken hostage cope with the trauma.

"They face the reality of poor nutrition, sometimes no access to fresh air or actual daylight," she said.

Trauma stemming from everyday, taxing challenges in a Russian prison ranging from isolation to a drop in physical activity and bad food, which is especially tough for an elite athlete like Griner.

"Some of our returnees face as much as 50 to 60 to 70 pounds lost," Manson continued. "And then we’re talking about muscle wastage, as well as the impact on their bodies of constant poor nutrition and constant stress."

NEWSY'S ADI GUAJARDO: When prisoners like Brittney Griner and Paul Whalen see their names back in the news, that they're being talked about, what does this do for them?

AMY MANSON: It's incredibly uplifting ... Someone said to me that it was like the best medicine he could have had during his captivity, when he heard that there was something going on relative to his captivity. 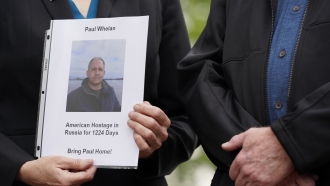