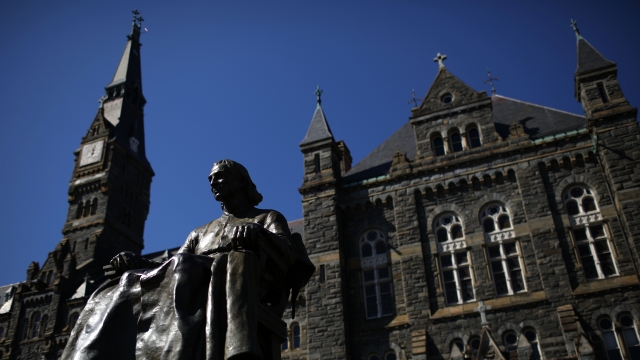 The fallout from the alleged college admissions scandal keeps expanding.

Secretary Betsy DeVos said the Department of Education is launching its own investigation to find out if any federal regulations were violated. And on Wednesday, two Stanford University students filed a class action lawsuit. They claim they were unknowingly subject to an "unfair" and "rigged" application process. They also note they paid the required application fees, but didn't get what they paid for — "a fair admissions consideration process."

The charges from the Department of Justice say the scheme involved more than three dozen students. Their parents allegedly paid to either help their kids cheat on college admissions tests, falsify their college applications, or both.

At least eight universities are named in the court documents, but the schools with the highest number of allegedly scammed admissions were the University of Southern California and Georgetown.

USC confirmed to Newsy that pending applications tied to the alleged scheme will be denied, which impacts six students in the current admissions cycle. As for those who are already enrolled or who have already graduated, USC said it will review each individual case to make "informed, appropriate decisions."

Georgetown said it had already parted ways with its tennis coach who was charged in the scheme. The university said it identified "irregularities" in his recruiting process in 2017, and he left the school in 2018. Georgetown also noted it established a new policy last year to "strengthen the recruitment and admissions process for potential student athletes."