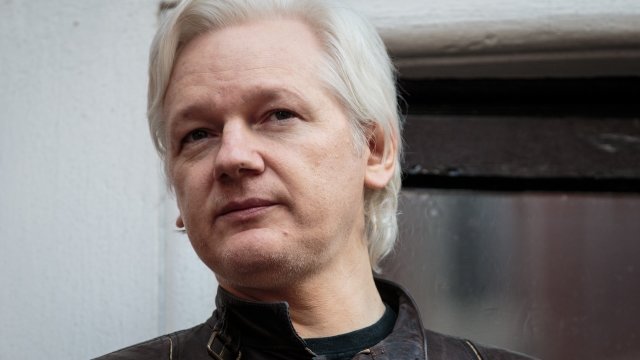 Ecuador's president confirmed to reporters his government was in talks with the U.K. to arrange the safe departure of Julian Assange.

The Wikileaks founder has been living in Ecuador's London embassy for six years. When he arrived there he was also facing sexual assault and rape charges in Sweden, though those charges were dropped last year. He and his lawyers still fear that if Assange leaves the embassy, he'll be arrested by British police and extradited to the U.S., where they have claimed he could face the death penalty.

Back in 2010, Wikileaks published footage of U.S. soldiers killing civilians in Iraq. Attorney General Jeff Sessions has called Assange's arrest a "priority" and said the Justice Department was drafting charges against him.