Ecuador In State Of Emergency Over Fuel Protests 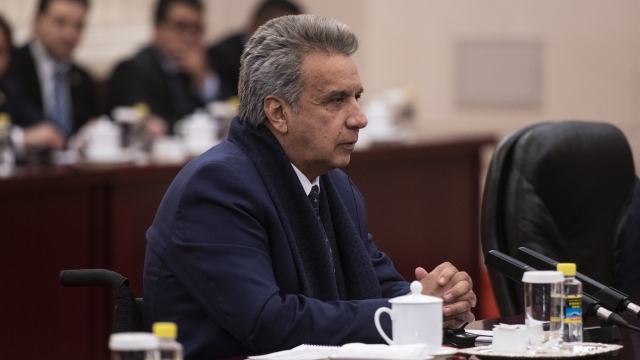 SMS
Ecuador In State Of Emergency Over Fuel Protests
By Meg Hilling
By Meg Hilling
October 7, 2019
The president of Ecuador declared a 60-day state of emergency in response to national protests against cuts to fuel subsidies.
SHOW TRANSCRIPT

As massive protests continue throughout Ecuador over cuts to fuel subsidies, President Lenín Moreno has declared a 60-day state of emergency.

The cuts, which went into effect Thursday, are part of President Moreno’s economic reform plan. He told reporters fuel subsidies from the 70’s were costing the government just over $1 billion a year and that they were no longer affordable.

Taxi and truck drivers took to the streets throughout the country to protest in recent days. In some instances, students and indigenous groups have blocked roads with rocks and burning trees.

Police have reportedly arrested more than 360 people in recent days, and told reporters more than two dozen officers have been hurt, and police cars have been destroyed. The protesters say they won't give up the fight.

But President Moreno doesn't appear to be backing down. He said on Twitter the decision is "firm," and he would not "negotiate with criminals."

The cuts are part of a multi-billion dollar loan deal between Ecuador and the International Monetary Fund earlier this year. In order to receive more than $4 billion in loans, Ecuador had to agree to cut public spending.