Ecuador Hit By Millions Of Cyberattacks After Julian Assange's Arrest 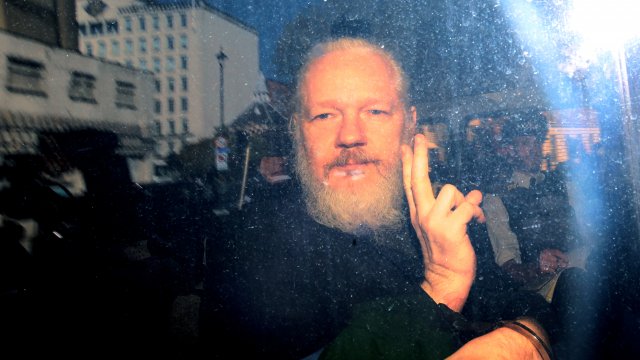 Ever since Ecuador revoked Julian Assange's asylum last week, the country has reportedly been hit by millions of cyberattacks.

He told reporters the attacks, which started Thursday, have "principally" come from the U.S., U.K., Brazil, Holland, Germany, Romania, France and even Ecuador itself. He didn't attribute the attacks to any group in particular, and he said it would be hard to pinpoint the responsible party.

But some have speculated the attacks might be retaliation against Ecuador for its decision to revoke Assange's asylum.

The WikiLeaks founder had been holed up in the country's London embassy since 2012. He was avoiding extradition to Sweden for sexual assault allegations, which were eventually dropped.

But last week, British authorities arrested Assange at the embassy. London police detained him on a U.S. extradition warrant and a U.K. warrant for failing to surrender to the court in 2012.

He's been found guilty of breaking bail conditions in the U.K. case and could face up to a year in jail. The U.S. has charged Assange with conspiracy to commit computer hacking. He could face up to five years in prison if convicted on those charges.