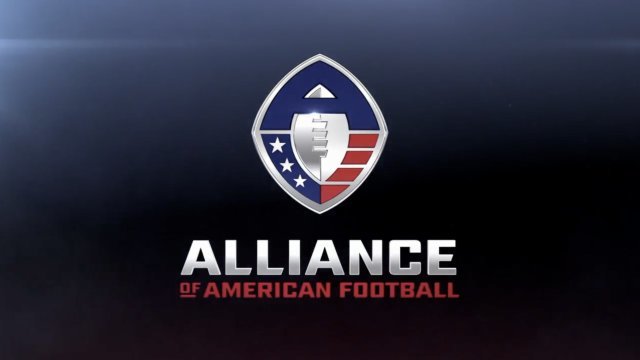 SMS
Big Names From The NFL Are Backing A New Pro Football League
By Austin Kim
By Austin Kim
March 20, 2018
The XFL is getting another competitor: the Alliance of Amiercan Football.
SHOW TRANSCRIPT

Move over, NFL, CFL and XFL: The pro football playground just got a lot more crowded with ... the AAF.

OK, the Alliance of American Football doesn't exactly roll off the tongue. But unlike the XFL, which will relaunch in 2020, this new pro league has committed investors, support from former NFL players and a TV deal.

The league was co-founded by Charlie Ebersol, the son of longtime NBC Sports exec Dick Ebersol. He's partnering with former Indianapolis Colts GM Bill Polian, who drafted Peyton Manning in 1998. The first game's set for Feb. 9, 2019, the Saturday after the Super Bowl. The first game and the championship game will air on CBS.

Ebersol and Polian have already hired major names from the NFL, like legends Jared Allen and Troy Polamalu, to help work with AAF players. Ebersol says the league wants to provide another opportunity for players who didn't make an NFL roster.

"There are thousands of players that don't get gigs in the NFL," Ebersol said. "So how many guys are in grocery stores not getting their opportunity? How many guys are playing in subpar leagues or not playing in leagues at all that could roll out and win a Super Bowl?"

Its creators are hoping this league will stand out in a few ways. For starters, the AAF will be a springtime league, so it won't compete directly with the NFL and it'll give players a chance to try out for an NFL team. The AAF says its games will be shorter than the NFL's and have fewer commercials and a shorter play clock.

The league will also prohibit kickoffs and onside kicks. That means if a team wants the ball back after it scores, the ball will be put on the 35-yard line and that team will have to convert on 4th and 10.

And the AAF says it has financial backing from a number of big-time sources. Allen, for one, has already invested in the league. Peter Thiel's Founders Fund is supporting the AAF, as is the company behind Barstool Sports. The league will start out with eight teams, which will be unveiled at a later date.