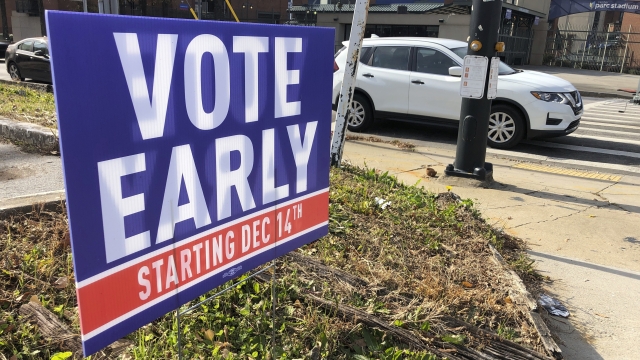 Early voting begins today in the crucial Georgia Senate runoff elections. So what's at stake here? The balance of power in the U.S. Senate.

All eyes are on Georgia — the January 5th election inching closer and closer, as incumbent Republican Senators Kelly Loeffler and David Perdue face off against Democrats Reverend Raphael Warnock and Jon Ossoff. Democrats need a sweep in order to secure the majority. Republicans just need one victory.

Stacey Abrams: "Democrats are prepared to win this election because this is the first runoff where we have the level of investment and engagement that it takes to win a runoff. We know from the numbers that we're in a good place — 1.2 million absentee ballots have been requested thus far. And just to put that into context, 1.3 million were requested for all of the general election."

President Trump and Vice President Mike Pence were there last week, and they're expected to make more appearances ahead of the election.

Georgia turned blue for the first time in decades in the presidential election. So we're seeing a major push for Republican support ahead of this race. Former Vice Presidential nominee Sarah Palin hosted a bus tour to drum up support this weekend.

She was joined by several other Republicans, including Ohio Congressman Jim Jordan, and Georgia Congresswoman-elect Marjorie Taylor Greene.