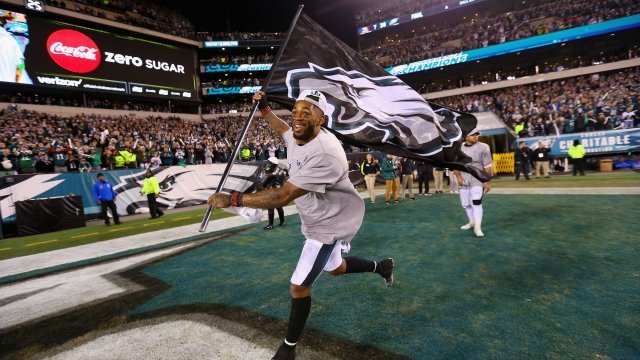 SMS
Philadelphia Eagles Are The Biggest Super Bowl Underdogs Since 2009

By Briana Koeneman
January 22, 2018
This will be the Eagles' first appearance in the big game since 2005, when they lost to the New England Patriots 24-21.
SHOW TRANSCRIPT

It's official — the Philadelphia Eagles are heading to the Super Bowl to face the ever formidable New England Patriots.

And this will be a rematch of Super Bowl XXXIX where the Eagles lost to the Patriots 24-21.

This time around, multiple sportsbooks say they'll be the biggest Super Bowl underdogs in nearly 10 years.

The Patriots will be looking to score their second straight Super Bowl win when they meet the Eagles in Minneapolis Feb. 4.