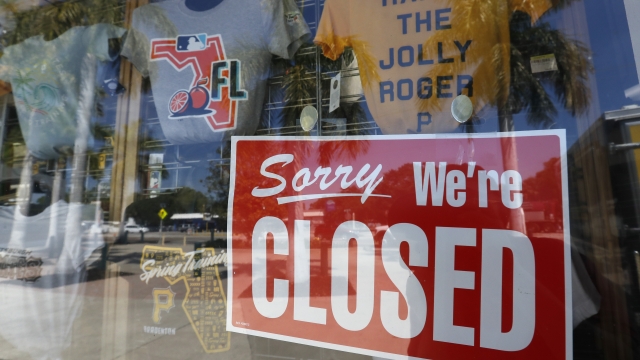 SMS
Each MLB Team To Commit $1M To Ballpark Employees
By Gage Jackson
By Gage Jackson
March 18, 2020
The MLB joins other sports teams, athletes committing millions of dollars to take care of workers effected by the virus.
SHOW TRANSCRIPT

Major League Baseball says that all of its 30 teams are committing $1 million each to pay ballpark employees amid the delayed start of the season.

The MLB season has been postponed until at least mid-May due to the coronavirus pandemic and thousands of seasonal, part-time workers are suffering. Many ballpark employees, including ushers and vendors, are usually paid per game, which has been cut by the delay to the season.

MLB Commissioner Rob Manfred said in a statement, "Motivated by desire to help some of the most valuable members of the baseball community, each Club has committed $1 million ... I am proud that our clubs came together so quickly and uniformly to support these individuals who provide so much to the game we love."

In other sports, individual teams such as the NHL's Chicago Blackhawks and the NBA's Lakers and Clippers in Los Angeles, are contributing money to assist workers.

NBA players Giannis Antetokounmpo and Zion Williams, among others, have also publicly announced donations of thousands of dollars to employees who are going unpaid.

Williamson shared on Instagram, "These are the folks who make our games possible ... and so today I am pledging to cover the salaries for all of those Smoothie King Center workers for the next 30 days."

According to Forbes magazine, the shutdown has cost MLB about $2 billion and the NBA about $1.2 billion in lost ticket sales, concessions and TV rights fees.