After 148 Days Of Destruction, Duterte Says Marawi City Is 'Liberated' 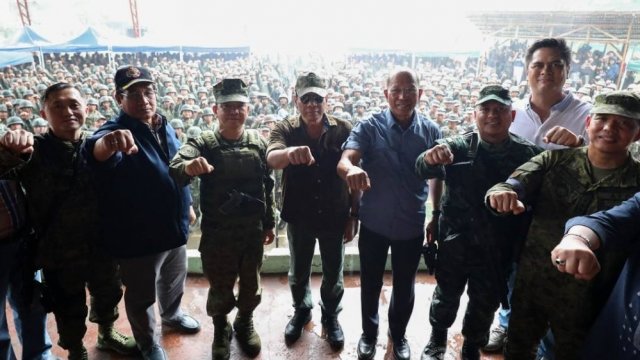 SMS
After 148 Days Of Destruction, Duterte Says Marawi City Is 'Liberated'
By Casey Mendoza
By Casey Mendoza
October 17, 2017
Parts of Mindanao will remain under martial law, according to a spokesperson from the Armed Forces of the Philippines.
SHOW TRANSCRIPT

"I just came from Marawi, and by the grace of God we have restored peace. But that would not be cause for a celebration because we have destroyed, in the process, the city, which I admit because we had to do it," Duterte said Tuesday. "There was no alternative." 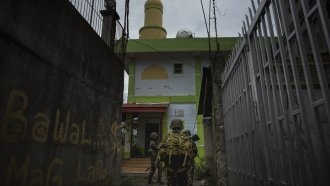 Back in June, a crisis management spokesperson said at least 30 to 40 percent of the city was destroyed during clashes with "ISIS-influenced" terror groups. In August, the Armed Forces of the Philippines reportedly said the death toll was approaching 700. Duterte acknowledges and apologizes for the destruction, but he also claims it was necessary.

"But the circumstances really compelled us to act just what we did. It's now liberated except for a few pockets of resistance somewhere, but [you can now enter Marawi]," Duterte said. "That would also serve as a warning to everybody."

The fighting between Philippine troops and terrorist groups is reportedly ongoing; a reporter told NPR "gunfire and explosions could be heard ... less than a mile from where Duterte delivered his speech."

Despite Duterte's announcement of liberation, a spokesman from the Armed Forces of the Philippines said some parts of Mindanao, the island where Marawi is located, would remain under martial law.