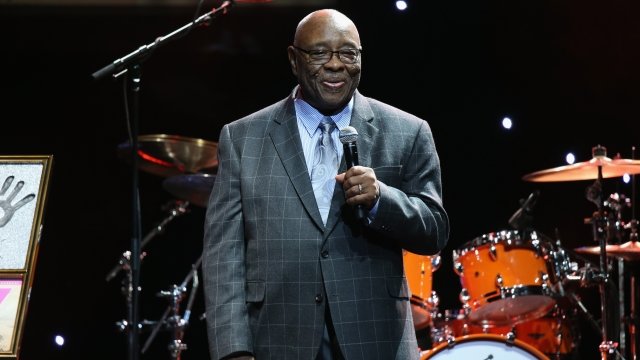 Drummer John "Jabo" Starks, known for playing with James Brown, died as one of the most-sampled funk drummers of all time.

If you've ever cut a rug to James Brown's "Sex Machine" or "The Payback," you've got John "Jabo" Starks to thank for those grooves.

Starks, who was one-half of Brown's drumming duo with the "Funky Drummer" Clyde Stubblefield, died from cancer-related illness May 1. He was 79.

Starks and Stubblefield were known as two of the most-sampled drummers of all time. Take for instance the late '80s hip-hop track "It Takes Two" by Rob Base and DJ E-Z Rock. That song was sampled from Lyn Collins' "Think (About It)," written by Brown with Starks on the drums.

That beat, which was originally recorded in the '70s, is still being sampled today and can be heard in this Target advertisement featuring producer Mike Will Made It, Carly Rae Jepsen and Lil Yachty and in the trailer for Marvel's upcoming "Ant-Man and The Wasp."

Honestly, you could spend all day tracing back Starks' influence in popular music. The rub is that Starks — and Stubblefield — rarely got the credit they deserved when they were sampled. Starks spoke to NPR about that in 2015.

"So far as the music world, eventually, possibly, it's going to be said that Clyde and Jabo did this or they did that. To tell you the truth, it doesn't really matter with me because I get respect from people that really mean what they're saying. It's not just talking or saying something," Starks said.

Starks is survived by his wife, two sisters, two children and two grandchildren.