Full Operations Resume At Newark Airport After Nearby Drone Sighting 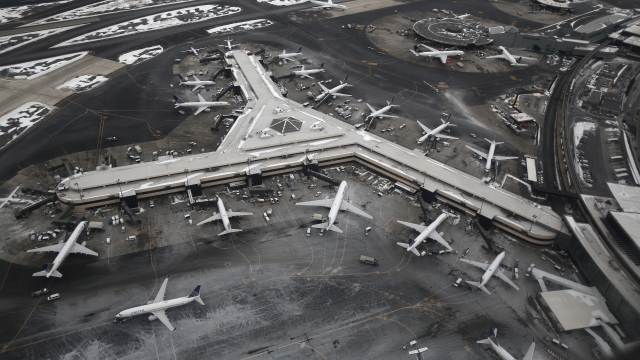 SMS
Full Operations Resume At Newark Airport After Nearby Drone Sighting
By Katherine Biek
By Katherine Biek
January 23, 2019
The drone was reportedly spotted Tuesday evening flying about 3,500 feet above the nearby Teterboro Airport.
SHOW TRANSCRIPT

An FAA spokesman told multiple outlets that incoming flights were held for about 30 minutes after a drone was spotted flying about 3,500 feet over the nearby Teterboro Airport. Those planes were forced to circle Newark airport until they were given permission to land.

Newark is one of the three main airports that serve the New York City area, with tens of millions of passengers passing through it each year.

The FAA prohibits operators from flying their drones within 5 miles of most airports without explicit permission. Drones are also not supposed to be flown higher than 400 feet in the air.

Newark officials said they were coordinating with the FAA and law enforcement to investigate Tuesday's incident.

Dozens of drone sightings in the U.K. late last year forced London's Gatwick Airport to cancel or divert about 1,000 flights over the course of three days, affecting roughly 140,000 passengers.