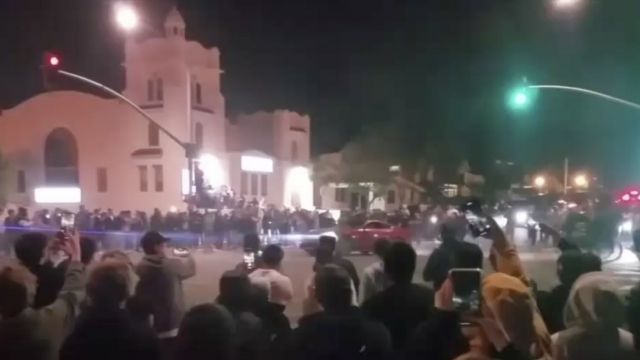 Dozens of people near downtown Chicago were seen on video throwing bricks, bottles and other objects at police. It followed two straight nights and several weekends of drag racing and what police have called "street takeovers," marked by crowds watching reckless driving stunts.

"Just because we didn't arrest you or tow your car, we have video of you... and we'll prosecute them to the fullest extent of the law," said Superintendent David Brown with the Chicago Police Department.

Dozens of videos popped up on social media over the weekend showing hundreds of cars blocking intersections and doing donuts on city streets overnight.

"I think the lack of responsibility from social media companies who absolutely know the kind of things being posted, their failure to be proactive in addressing these issues, to work proactively with law enforcement, is an absolute abomination," Lightfoot said.

The videos showing large stunt driving meetups online are not unique to Chicago.

Across the country from San Diego, California to Detroit, Michigan, police have faced off with large crowds and cars racing or stunt driving on city streets.

All of this comes as traffic-related fatalities are on the rise nationwide. 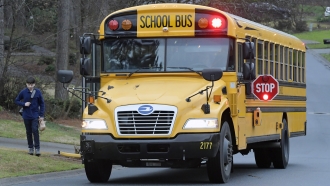 According to the Governors Highway Safety Association, 9,500 people died in the first quarter of 2022 in traffic-related incidents, marking the highest Q1 total in 20 years.

"It's frustrating and sad and heartbreaking," said Adam Snider, director of communications at the Governors Highway Safety Association. "The pandemic did serve as a experiment in some ways to see what would happen when roadways cleared out when there was a lot less traffic. What we saw was an increase in this risky behavior. I'm talking about speeding, impaired driving, distracted driving."

Projections by this group say the U.S. is on its way to its third straight year of rising roadway deaths.

To be clear, street racing has not been formally linked to this rise in traffic-related deaths. That said, Snider considers drag racing just one of a host of risky behaviors behind the wheel that are driving these numbers up.

"Whether they are thinking about getting behind the wheel after a drink, checking that email while they're driving, breaking the speed limit, or even trying to shut down the street and drag race with some friends, we need everyone to understand that those decisions are dangerous and deadly and impacts not just yourself, but put other lives in danger everyone else on the roads around you," Snider said.

In response to these incidents, police departments across the country have taken action.

The Los Angeles Police Department launched a multi-agency task force specifically focused on street racing. The task force made 40 arrests and impounded 34 vehicles in one weekend.

Chicago Police Department launched its own task force this week and says it plans to use social media footage to impound cars that are clearly identified.