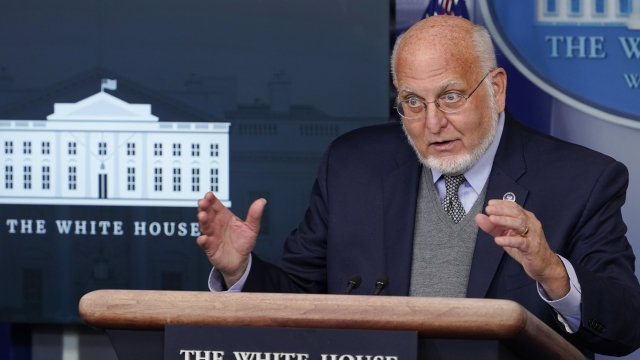 The former director of the CDC is going into the greatest detail yet about why he thinks the COVID-19 pandemic started with a leak from a Chinese lab.

"There's an alternative hypothesis that it went from a bat virus, got into a laboratory, where in the laboratory, it was taught, educated, it evolved, so that it became a virus that could efficiently transmit human to human," Dr. Robert Redfield told Fox News. "My professional opinion as a virologist is that's the hypothesis that I support."

Dr. Robert Redfield told Fox News, it doesn’t make sense to him that the virus would become so infectious-- transmitting from human to human-- any other way. Other experts, including Dr. Anthony Fauci, say it's more likely the virus spread when someone came into contact with an infected animal.

"Many of us feel that it is more likely that this is a natural occurrence as has happened with SARS-Cov-1, where it goes from an animal reservoir to a human. But we don't know 100% the answer to that," Dr. Fauci said during a briefing with reporters on May 25.

A joint report from the World Health Organization and Chinese government released in March called a lab leak "extremely unlikely" but stopped short of a definitive explanation on COVID’s origins.

The WHO, and world leaders including President Biden, have criticized the Chinese government for not allowing inspectors in sooner. China blocked their investigation for more than a year.

Dr. Redfield told Fox News he's skeptical, in part, because in his view, the WHO is "too compromised" by Chinese influence.

"Clearly, they allowed China to define the group of scientists that could come and investigate. That's not consistent with their role," he said.

Chinese officials insist that a lab leak is extremely unlikely.

A spokesman for the Chinese National Health Commission recently said tracing the origins of COVID-19 is a "global task" and, in line with other Chinese officials, blames an anti-China bias.

Last month, a leaked U.S. intelligence report alleged some workers at the Wuhan lab fell ill with COVID-like symptoms before the outbreak began.

President Biden responded by ordering U.S. intelligence agencies to "redouble" their efforts to get to the bottom of the origins of the virus within 90 days. And on Sunday, G-7 leaders called for a new W.H.O.-led investigation into the origins of Covid-19.

Dr. Redfield said he wishes scientists were more open to the possibility of other origins sooner.

"Sometimes scientists, when they bite into a bone on a hypothesis, it’s hard for them to move on. I guess if I’m disappointed about anything about the early scientific community, it’s that there seemed to be a lack of openness to pursue both hypotheses," he said.