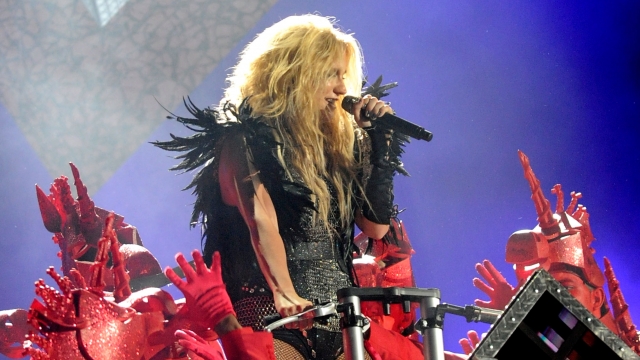 Kesha may not be able to perform at Sunday's Billboard Music Awards after Dr. Luke's record label withdrew its approval.

Dick Clark Productions, which puts on the show, said in a statement provided to Billboard on Tuesday that Kesha had planned to perform on the show.

But Kemosabe Records rescinded its written approval of the performance after a report about Kesha's upcoming appearance surfaced earlier this month. The statement read, in part, "Unfortunately, Kesha and Kemosabe have since been unable to come to an agreement for Kesha to perform on the show."

That media report was likely from TMZ, which cited unnamed sources claiming Kesha would make a "statement" about Dr. Luke during the performance.

Kesha has accused Dr. Luke of sexual, physical and emotional abuse and has unsuccessfully tried to get out of her contract.

But Tuesday the singer wrote on Instagram that she never planned to mention or make reference to Dr. Luke. She said, "I simply wanted to sing a song I love to honor an artist I have always looked up to." That artist, she said, was Bob Dylan.

But don't give up on her performance just yet. Dick Clark Productions said it hopes the two parties can reach an agreement so Kesha can perform Sunday.

This video contains clips from RCA and images from Getty Images.