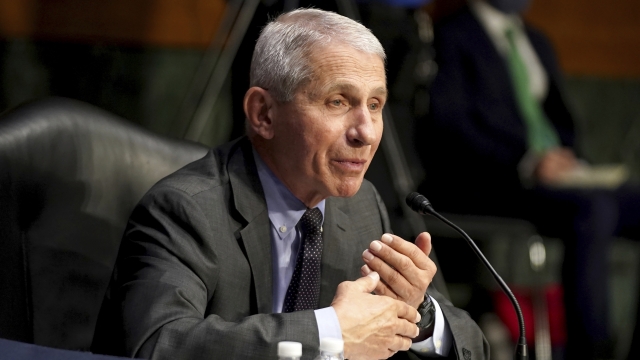 Dr. Anthony Fauci testified during a Senate hearing about the country's pandemic response and the origin of the coronavirus.

Senator Rand Paul asked about a conspiracy theory, which claims the U.S. played a role in funding research at a Wuhan, China lab.

Dr. Fauci said, "I will repeat again, the NIH and NIAID categorically has not funded gain of function research to be conducted in the Wuhan Institute of Virology."

"You support it in the U.S. We have 11 labs doing it and you have allowed it here," Sen. Paul responded. "We have a committee to do it but the committee is granted every exemption. You're fooling with mother nature here."

Dr. Fauci countered, "I fully agree that you should investigate where the virus came from, but again, we have not funded gain of function research on this virus in the Wuhan Institute of Virology."

The director of national intelligence released a statement last month debunking the claim, saying COVID-19 was not man-made or genetically modified.