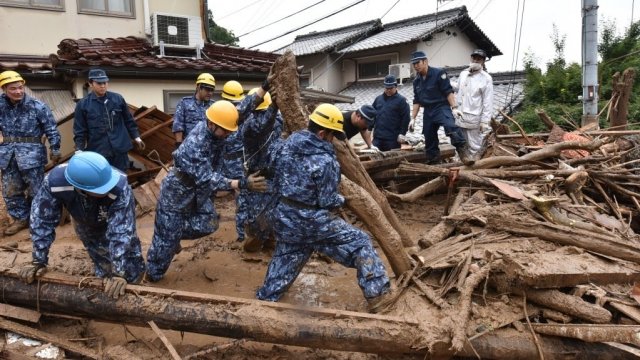 At least 155 people have died and dozens more are still missing after heavy rains caused flooding and landslides in western Japan. That's according to Japanese Chief Cabinet Secretary Yoshihide Suga. Officials say the death toll could still go up.

According to several reports, Shinzo Abe will no longer visit Belgium, France, Saudi Arabia and Egypt as planned. Instead, sources told Xinhua news he'll travel to areas of Japan hit hardest by the massive flooding and landslides.

Thousands of homes and structures have been damaged, and millions of people have been forced to evacuate.

The Japan Meteorological Agency has issued heavy rain, flood or thunderstorm warnings or advisories for much of Japan. The rain started late last week.