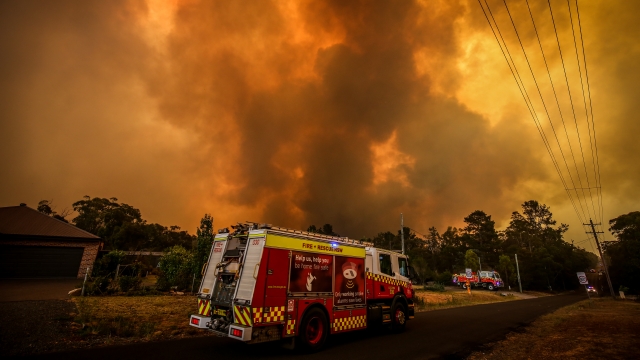 That includes 24 people who officials say deliberately set fires, 53 people who allegedly failed to comply with the state's fire ban and 47 others who allegedly discarded a lit cigarette or match on the ground.

News about the arrests comes as firefighters are battling about 130 bush fires along Australia's east coast.

At least 25 people have died, including civilians and firefighters, since the fire season began back in September. More than 1,500 homes have been destroyed and over 13 million acres of land have been scorched in the process.

A bush fire expert told ABC Australia that roughly 85% of bush fires start as a result of human activity — whether it's arson or even kids playing with fire.

In New South Wales, people convicted of intentionally starting a bush fire and being reckless as to its spread can be sentenced to up to 21 years in prison.