Dot And Tap: Further Proof Amazon Wants A Place In Your Home 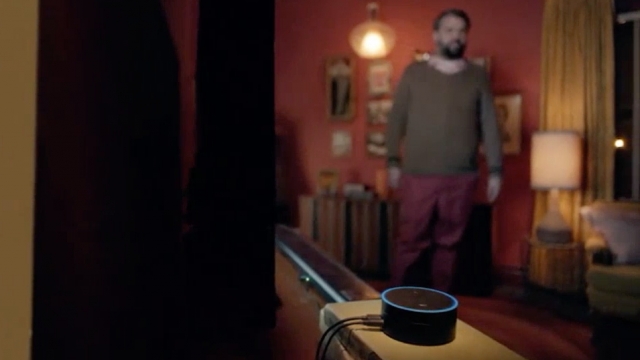 Heard of the Amazon Echo?

It's an always-on, Internet-connected Bluetooth speaker and smart assistant named Alexa that's been getting a lot of attention recently.

That's because tech pundits and industry analysts alike insist Amazon's oft-lauded Echo is the company's proverbial Trojan horse for smart-home control. That puts it squarely in competition with the dozens other companies after the same smart-home-control goal.

If Amazon's latest products are any indication, those tech pundits and analysts are right on the money. The company has introduced two new devices — the Echo Dot and Amazon Tap — that both feature the company's Alexa assistant.

The Echo Dot is essentially an extension of the company's Amazon Echo device. You plug it into an existing set of speakers and use it to control your smart home, talk to Alexa, operate your music, etc.

The Amazon Tap is a portable Bluetooth speaker with Alexa built in. It's meant for listening to music, but you can also use it control your smart home, order from Amazon's website, check the news, etc.

With more devices aimed at more people, Amazon's "Trojan horse" gains more viability as the center of your smart home. Alexa can control many of the major smart home platforms — Philips, SmartThings and Wink, to name a few — thereby serving as a link between the various, disparate smart devices.

That said, the Amazon Tap seems more likely to appeal to the masses, not least because the Dot is sold exclusively through Alexa. You've got to have an Amazon Fire TV or Echo to buy the Dot.

No, seriously, you have to ask Alexa to order a Dot for you.