Dopamine Is The Addictive Little Secret Of Social Media 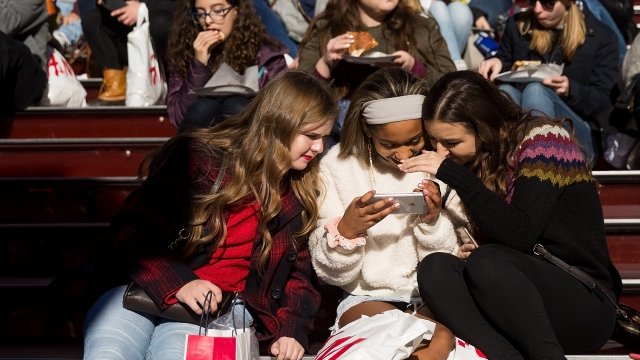 We are all addicts, all hooked on a natural chemical produced in our brains. We get a fix, experts say, when someone likes our Instagram picture or the retweet notification pops up.

It all goes back to something called dopamine, which is found in lizard brains and in every animal up to homo sapiens, although humans do have higher levels because we eat more meat and fish.

This "drug" dispenser is pre-built into our bodies. What one clinical psychologist called the Kim Kardashian of brain chemicals. It's the reward and pleasure drug.

Dopamine is linked to love, lust and sex. It's involved with motivation, attention, movement and addiction. It plays a role in just about everything that happens in your life and brain. Too much dopamine can result in addiction to whatever behavior triggered the increase. 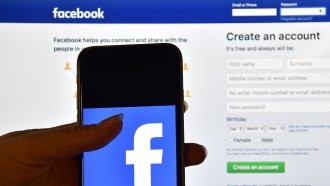 Here's how it works. Technically, dopamine is a neurotransmitter. It's a messenger, carrying information from one neuron to another.

That could be: "Oh my God, I just saw chocolate cake," or, "I love this cake, and more would be even better."

Physiologically, dopamine could be a toxin or elixir. For instance:

— Secretions in the prefrontal cortex improve your working memory. But it's delicate. Too much or too little can damage memory.

— It allows you to focus and pay attention. Too little can trigger ADHD, even Parkinson's disease.

— Drugs like cocaine and amphetamines allow extra dopamine to remain in your brain longer than normal, resulting in heightened feelings of pleasure and a need for more of the drug.

— It not only rewards us but makes us anticipate future pleasure, like the first frosty bite of that second piece of cake.

Big tech is well aware of how this works — it's the pleasure-pain-repeat cycle. The author of "The Hacking of the American Mind," who's a medical professor, writes that technology is "not a drug, but it might as well be. It works the same way. ... It has the same results."

He points out that tech can cause stress in the brain, which can in turn lead to addiction. Here's how that works: The stress shuts down the prefrontal cortex, the "executive" part of the brain, which normally limits dopamine and our sense of pleasure or reward. When the brain gets used to a higher level of dopamine, it wants us to keep seeking out that addictive substance or habit for more.

This is called the dopamine loop. Post something on Facebook, and chances are friends begin to "like" or "comment" almost immediately. Send a text — getting a quick response can be a short burst of ecstasy.

Dopamine starts at "seeking" behavior in each example. Then you get rewarded, which makes you seek more — to do it again. And again. It's hard to stop. Chances are you have checked your email — or at least thought about it — in the past few minutes. Or Twitter. Or both.

That's not technology knocking. It's your brain. It'd like some dopamine — now.