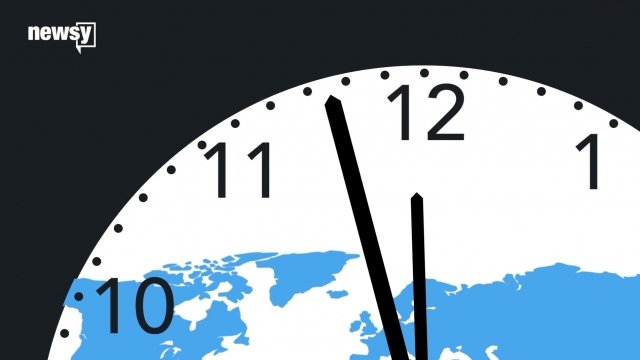 The Bulletin of the Atomic Scientists just updated its symbolic Doomsday Clock to two minutes to midnight.

The world is 30 seconds closer to self-annihilation, at least according to a certain group of scientists.

The Bulletin of the Atomic Scientists just updated its symbolic Doomsday Clock to two minutes to midnight. The last time it was that close was in 1953, after the U.S. and the Soviet Union tested hydrogen bombs.

The clock has been around since 1947 and represents how safe or dangerous the planet is compared with past years. Last year, the clock also advanced 30 seconds.

Tardigrades Might Be The Sole Survivors Of The Apocalypse

Even an asteroid impact is no match for the resilient, microscopic species.

Things considered in the evaluation: the state of nuclear weapons across the globe, climate change and emerging technologies.

This year, nuclear threats from North Korea, technology-based attacks on free elections, climate change and President Donald Trump all played a role in the clock moving closer to global catastrophe.