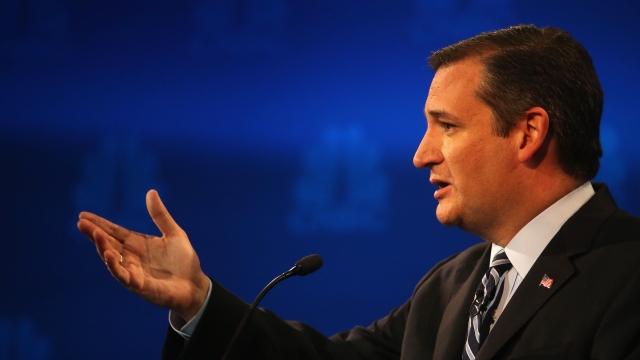 Donald Trump himself has accused Ted Cruz of crooked politics after Cruz was awarded all of Colorado's delegates despite no caucus or primary.

Republican presidential candidate Ted Cruz was confronted by an angry Donald Trump supporter in Indiana on  Monday who accused Cruz of rigging the system.

"We haven't even voted at a local level yet, so how can you justify that? And how can you say you aren't the establishment candidate?" Kathy Hiel asked Cruz.

A lot of the beef that woman, later identified as Kathy Hiel, had with Cruz had to do with Colorado. Cruz was awarded all the delegates there, but through a process where delegates themselves were elected. Soon after, Trump accused Cruz of rigging the vote.

"They weren't given a vote; this was given by politicians. It's a crooked deal," Trump said on Fox News.

"The problem was Donald Trump and his campaign said that no vote was cast in Colorado. Sixty-five thousand people voted," Cruz told Hiel.

Trump has also accused the delegate process in Indiana of being fixed after it was found only two of the 57 delegates personally identified as Trump supporters.

That could matter a lot. If no Republican candidate gets a majority of the delegates at the national convention during the first round of voting, delegates have more freedom in the second round to vote how they personally choose.

"Never once was anyone asked what candidate that they would stand for. Really what we look for ... is their political experience: if they're a Republican in good standing with the party," Indiana's GOP state chairman told WXIN.

But back to Cruz's confrontation with Kathy Hiel. Cruz told her that each state makes its own rules for how delegates are chosen and awarded.

Hiel also accused Cruz of not being a natural-born citizen, and Cruz alleged that if this confrontation had happened to Trump instead, he would have threatened violence.