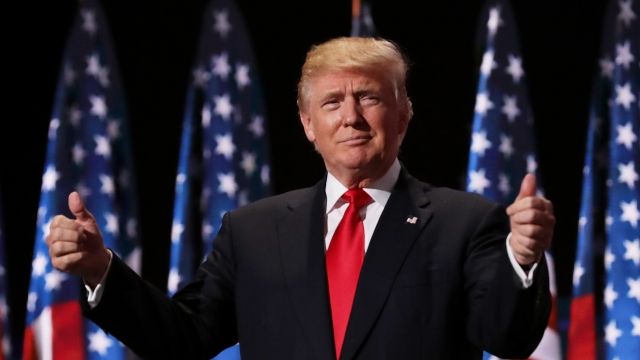 Despite swirling rumors to the contrary, Donald Trump insisted he's not planning to start his own TV network after the election if the votes don't go his way.

The Republican nominee said his only focus is on the White House, but the rumblings that Trump TV is in the works have grown louder as the likelihood of a Trump presidency has diminished.

It's easy to see why people would speculate on the possibility of Trump TV. Trump, who's no stranger to being on camera, has painted himself as the victim of dishonest media and says he's the only one who tells it like it is. Millions of his supporters have bought into that message.

A Financial Times report said Trump's son-in-law, Jared Kushner, looked into the possibility of getting funding to start up the channel.

Trump's campaign even started live streaming its own nightly election coverage on his Facebook page, drawing more than a million views in fewer than 24 hours.

However, Trump himself has consistently shot down the rumor, saying he's focused on early voting, swing states and making America great again.