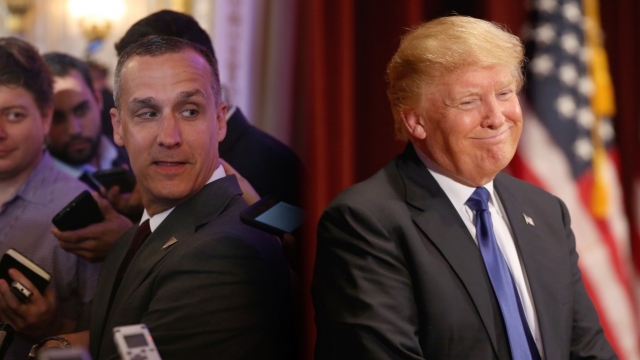 This comes amid reports of rifts in the campaign.

Corey Lewandowski said Monday he was fired from the Trump campaign.

In March, Florida police charged Lewandowski with simple battery after a reporter accused him of grabbing her arm when she tried to ask a question. Prosecutors later dropped the case.

"Mr. Lewandowski has a reasonable hypothesis of innocence. There is insufficient evidence to rebut these defenses," said Dave Aronberg, state attorney for Palm Beach County, Florida.

A few weeks after the grabbing incident, the campaign hired lobbyist and political consultant Paul Manafort to be its convention manager. However, it soon made him campaign chairman and chief strategist. According to various media reports, the two — and their staff — didn't get along.

After Lewandowski's departure was announced, a senior adviser to the campaign told Fox News that Manafort is now running the campaign.

This video includes clips from NBC / "The Apprentice" and Jupiter Police Department and images from Getty Images.