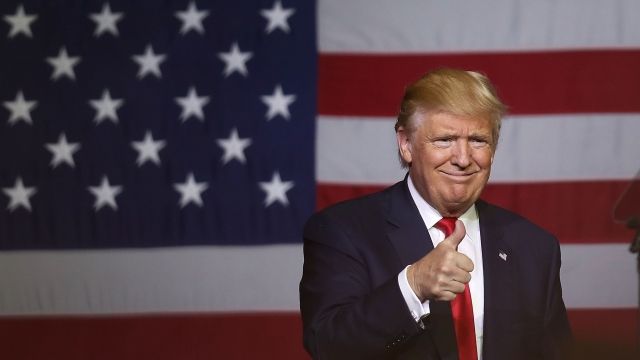 Donald Trump has laid out part of his plan for students to pay back their college debt.

"Students should not be asked to pay more on their loans than they can afford, and the debt should not be an albatross around their necks for the rest of their lives," Donald Trump said.

Right now, borrowers who make income-based payments for 20 years can have their remaining federal loan debt forgiven. Trump says his plan would have graduates paying 12.5 percent of their incomes for 15 years before debt is forgiven.

"And if borrowers work hard for and make their full payments for 15 years, we'll let them get on with their lives," he said.

The new plan is pretty consistent with what the business mogul has said in the past. Trump has been an advocate of easing student loan pressure.

Last year, student debt in the U.S. skyrocketed to more than $1.3 trillion — and that number continues to grow.

The catch here is Trump hasn't really detailed how his plan works, just that he'll "work it out," through negotiations.

A fellow at the American Enterprise Institute says the plan would require the government to forgive more debt than it would make back because of the 15-year limit.