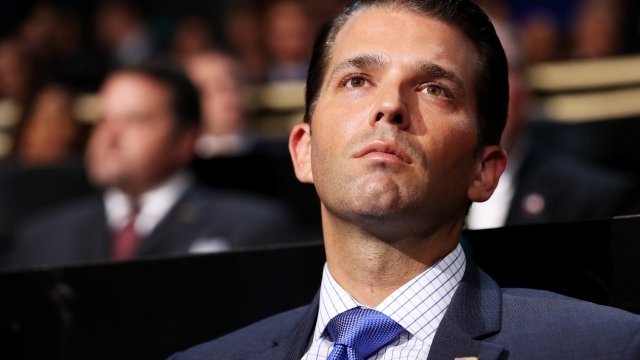 A report from The Atlantic says Donald Trump Jr. received and responded to messages from Wikileaks during and after the 2016 presidential election.

The Atlantic reportedly got hold of those messages after Trump Jr.'s lawyers gave them to congressional investigators looking into Russia's election meddling.

The messages seem to show an effort by Wikileaks to work with the Trump campaign and even influence the campaign's actions.

The first message from Wikileaks was sent in September 2016 and warned "a PAC run anti-Trump site" was about to go live.

The message also included the site's URL and password. Trump Jr. responded the next day, "Off the record i don't know about this, but I'll ask around. Thanks." A source told The Atlantic that after Trump Jr. received that message, he emailed senior campaign officials including Steve Bannon, Kellyanne Conway and Jared Kushner to tell them about it. 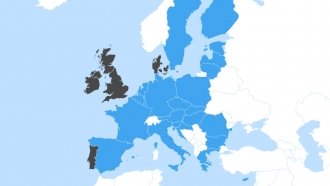 Over the next several months Wikileaks sent more messages, which The Atlantic says Trump Jr. mostly ignored. On the occasions he did respond or reach out on his own, it was usually to talk about Hillary Clinton or the media.

On Election Day, Wikileaks told Trump Jr. "we think it's more interesting" if then-candidate Donald Trump contested the results if he lost. The organization even went so far as to encourage President-elect Trump to suggest Wikileaks founder Julian Assange be appointed Australia's U.S. ambassador.

The leaked messages also show Wikileaks was worried about its reputation; it has often been accused of siding with President Trump and promoting a pro-Russia agenda.

In October, after the leaked Access Hollywood tape of then-candidate Donald Trump and Billy Bush, Wikileaks messaged Trump Jr. and asked for his father's tax returns or "any other negative stuff (documents, recordings)" to publish on its site. That way, the organization said, it could "dramatically improve the perception of our impartiality."

Wikileaks wrote in a message: "That means that the vast amount of stuff that we are publishing on Clinton will have much higher impact, because it won't be perceived as coming from a 'pro-Trump' 'pro-Russia' source."

Shortly after the report was published, Trump Jr. posted some of the messages on Twitter.