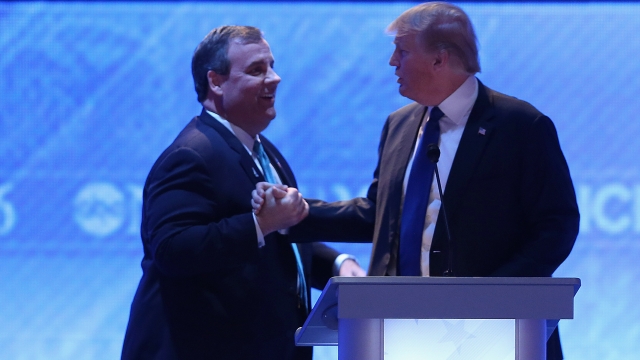 "I've gotten to know all the people on that stage, and there is no one who is better prepared to provide America with the strong leadership that it needs, both at home and around the world, than Donald Trump," Christie said.

Earlier this week, Trump also got his first endorsements from two members of Congress.

But as far as endorsements go, Trump's still a long way behind Marco Rubio, who's racked up 62 endorsements from representatives, senators and governors. Ted Cruz and John Kasich aren't doing too bad, either, compared to the front-runner.